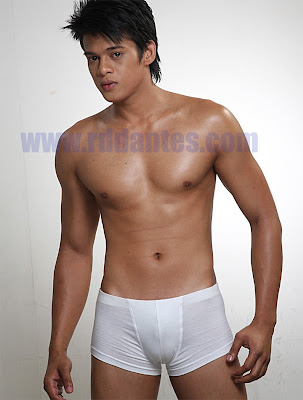 You’ll have to excuse the oversight. I forgot there’s another member of the new boy-group Capuccinos and he’s Ryan Dungo. He is a familiar sight to bikini-contest-watchers because he’s been in a lot of those thongs-and-triceps contests last year, most prominent of which was the Hataw Super Bodies [he won]. Plus, he is the younger brother of Randolph Dungo, the re-packaged Ran Domingo of Lalamunan. FYI, Ryan Dungo is going naked all the way – one of the two guys doing full frontal scenes – in the movie Sagwan. The movie preem is on 4 February 2009 at the UP Film Institute.