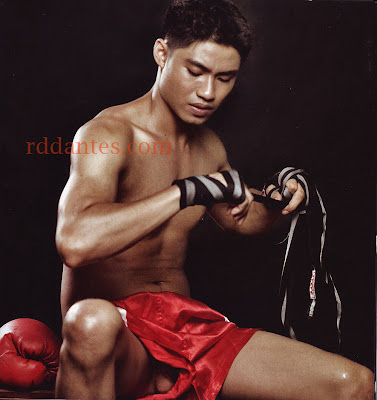 Post-boxing euphoria, daring indie flick regular Will Sandejas is also taking his gloves off and shows some balls in displaying his bobbles. Tee-hee. The thing is, Will‘s new movie Santuaryo has recently been approved by the Movie and Television Review and Classification Board [MTRCB] for commercial showing starting on Wednesday, 17 March 2010 in selected theaters [Robinsons Galleria, e.g.]. This one’s produced by Climax Films under the direction of controversial auteur Monti Parungao.