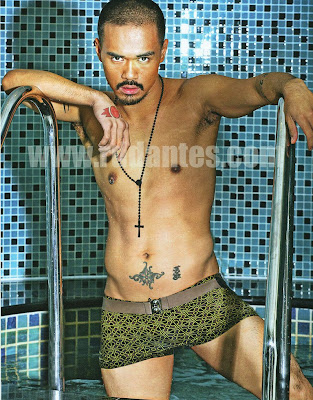 Ramon Marcelino “Marc” Abaya is described as “one of the Philippine rock music scene’s most prolific singers”. Marc is the current frontman for the local band Kwjan.  Before that, he was a member of the band Sandwich and a VJ for MTV Philippines, where he got recognition as a host.  The 30-year-old sexy singer went to the Ateneo for a college degree.  Now, he can be seen on the boob tube as an actor – he debuted as one of the leading men in the afternoon soap Ligaw na Bulaklak of ABS-CBN, and he will be seen next in the the prime time series Humiling Ka Man Sa Langit.

14 thoughts on “Rock’N’Rolla with Marc Abaya!”