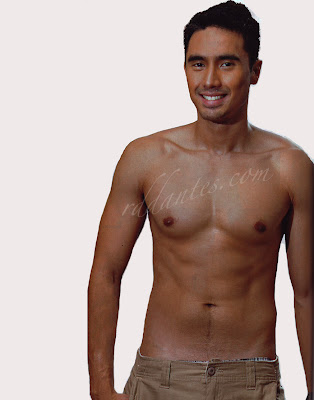 Now that Survivor has given him a shot at pop stardom, ex-commercial model and tv host Gino Dela Pena is entering showbiz with a bang. But what do we know about this guy who suddenly appeared out of nowhere, after his breakthrough McDonald’s Huling El Bimbo ad? Random facts from his bio would reveal that Gino’s 5’10” tall, 29 years old and a graduate of the Entrepreneur School of Asia in Libis, Quezon City. He lists himself as “entrepreneur, minister, model, host and actor” in his bio.