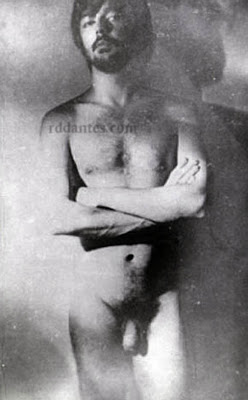 Back in the days when the internet was unheard of, matinee and drama actors were also caught on camera posing buck naked, with their privates exposed for the whole world to see. The difference then was that these pictures were not published in magazines but printed out and sold in the dark alleys around Recto Ave. in Manila. As seen in the photos above of Michael de Mesa [top], Tirso Cruz III [bottom, leftmost], William Martinez [middle] and Christopher de Leon, they were fully aware that their images were being captured on film.