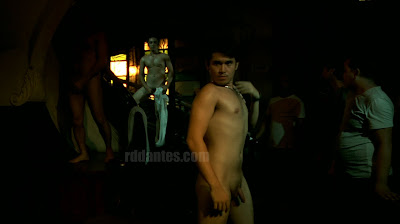 And quick, save the photo above of that Ace guy before someone directs me to remove it. Again. The Philippine Independent Filmmakers Cooperative, in cooperation with Robinsons Movieworld, invites everyone to QUEERLOVEFEST, a cinematic fiesta in pink and all the colors of the rainbow. The film festival features some of the most recent and talked about gay-themed indies – “Ang Laro sa Buhay ni Juan [in photo] directed by Jay Altarejos; “Boylets” and “Quicktrip” by Cris Pablo; “Daybreak” by Adolfo Alix; “Dose” by Senedy Que; “Heavenly Touch” and “Walang Kawala” by Joel Lamangan; “Rome and Juliet” by Connie Macatuno; “Boy” by Aureaus Solito; “Ben and Sam” by Mark Shandii Bacolod; and “The Thank You Girls” by Bebs Gohetia. Opening QUEERLOVEFEST is the world premiere of “Ben & Sam” by Mark Shandii Bacolod. QUEERLOVEFEST runs from February 17 to 23 at INDIESINE, Robinsons Movieworld Galleria.

23 thoughts on “An Announcement”