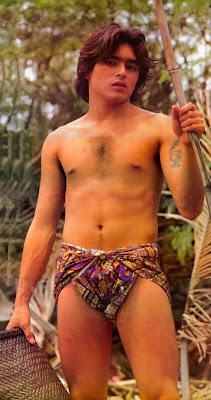 Erstwhile teen idol, desperate for a showbiz comeback from his bummed-out days in Alabang Town Center and BF Paranaque while waiting for his breadwinner-wife from her call center job, recently appeared on the radio shock-show Forbidden Questions and how! He claimed to have slept with female actors Ara Mina, Joyce Jimenez and Aubrey Miles. And get this guys, he declared that his penis size is 7 inches. To prove such claim, he showed his member to the radio hosts [including an openly gay DJ, I wonder how he looks like] at that time. Too bad it was only on radio.

6 thoughts on “And Eric Fructuoso brazenly claims he is a 7-incher.”