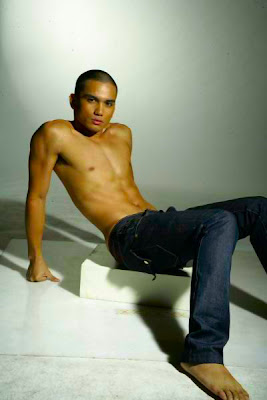 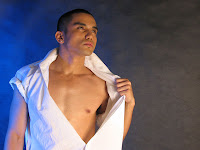 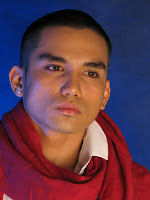 In the 1990s, there was a plain Jane by the name of Maria Sovietskaya Bacud [I’m not making this up, that is her name! Check out the March 2007 issue of FHM Philippines.]. She had dreams of winning pageants, so she started out from the small village beauty contests until she reached the bigger ones. First she joined the noontime show Eat Bulaga’s “She’s Got The Look” contest in the early ‘90s [she won]. Next stop, Miss Metro Manila [lost], the Binibining Pilipinas 1994 [semi-finalist], Mutya ng Pilipinas 1994 [semi-finalist], Queen of Clubs International 1994 [first runner-up], Miss Intercontinental 1995 in Germany [first runner-up], and again in Binibining Pilipinas 1996 [first runner-up]. That was quite a list. Which only goes to show that even if you are not that striking but if you really persist, you will, uh, somehow land within spitting distance from the coveted title.
And here are some pictures of Alizon Andres, a candidate in this year’s Century Tuna Superbods Image Model Search.