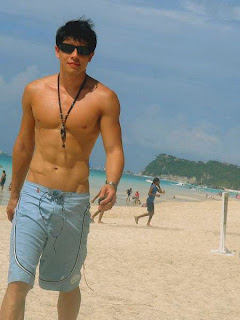 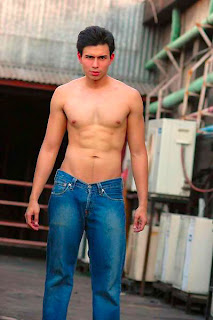 Here’s another story of progressive genes working out for siblings. A year apart and roughly the same specs and stats, Joe France [the older one] and Joe Vince [the younger one] are model brothers from Cebu. Descendants of a prominent architect dad and a socialite mom in Cebu, the brothers both entered modeling at an early age. However, their career paths took different turns. Joe France has limited his modeling for Cebu’s top designers and has pursued other vocations [he is an Engineering grad] such as, engineer, model, host and entrepreneur. On the other hand Joe Vince went on to excel in Manila’s fashion runways and eventually, in Singapore. In the Lion City Joe Vince ruled the fashion catwalk as well as the TV and print ads. Meanwhile, Joe France has signified his intention to help in the family business and become an entrepreneur with modeling as an aside. Oblivious to the long-standing legal quarrels of his family with Cebu’s Lofgrens, Joe Vince has decided to proceed with his modeling career in Manila and Singapore, while Joe France has decided to help his family in the business.

3 thoughts on “The Brothers Canizares”