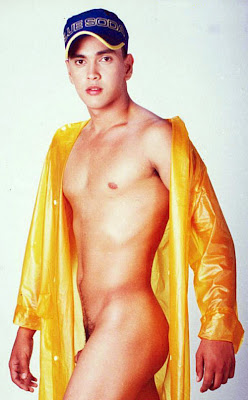 Who can ever forget this fresh-faced boy from Tuguegarao, Cagayan? He blazed through the screen via unforgettable movies such as, uh, Itlog [where a then pubescent Diana Zubiri, now a mainstream actress, was first introduced]. One of Seiko Films’ best bets on the boldwagon [the other being soon-to-be-featured WITWI guy Leonardo Litton], Rodel got married on national tv to his fiancée, who went by the name Daniella under Seiko. Recently, he declared that he will soon be migrating to Australia with his family, although once in a while he appears on tv as a bit player, mostly as the loud gay assistant. Where in the world is Rodel Velayo?