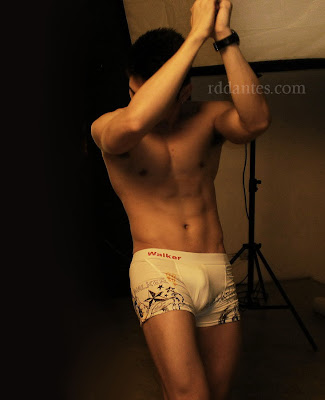 There is a new image model for Walker underwear and he’s bold, fearless and cocky! He’s actually the man of the moment, after reviving his career via a star turn in a reality show. Now, he has also signed up for a multi-picture deal with a top movie company and a guaranteed spot in the shows of a major network. As the new Walker man, he’s poised to pump-prime the 50-year-old underwear line to greater heights in the men’s undergarments industry. Guess who?