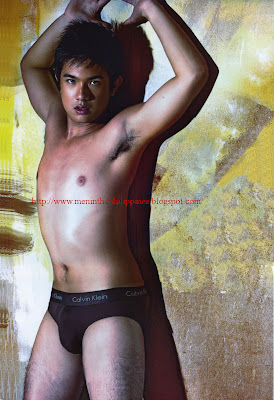 After waiting from the sidelines for so long, Kevin Santos of the group The Studs is finally getting plum roles on tv. He was a product of the reality-based artista search of GMA 7 – Starstruck II. After his stint in the show, he seemed to have disappeared from the limelight. Now, nothing comes between him and his Calvins, as he gets his due on tv. He was tapped recently to do the gay sidekick role in My Only Love, an afternoon soap on GMA 7. Also, he will soon play the big bully on Kamandag, the primetime show of Richard Gutierrez on the same channel. It looks like his exposure in his sexy group and X-ray Calendar Magazine is doing wonders for him lately.