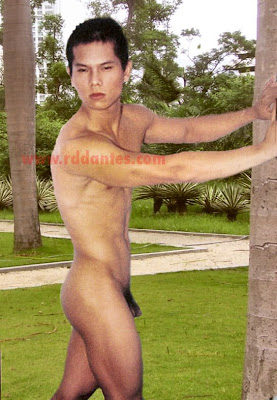 Xeno Alejandro is in the buff, again! One of the members of the naked-for-pay group Calendar Boys, Xeno also used to model for Elite Men’s Division. Xeno was last seen in support roles in the hit gay movies Ang Lalake sa Parola and Roxxxane. He was in last year’s edition of the Cosmopolitan Bachelors’ Bash.

2 thoughts on “Outdoors with Xeno Alejandro”