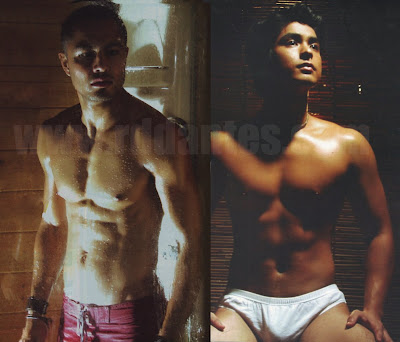 There’s a small movie, actually an episode of ABS-CBN’s drama anthology Maalaala Mo Kaya shown last week, that got the guys raving about the story and the actors. Entitled Boarding House, the episode starred the unlikely pair of Derek Ramsay [left] and Coco Martin. Since this one’s on primetime tv, there was no obligatory sex scene in the gay plot. In the episode, Derek is a straight man who has a history of sexual abuse, while Coco is the quiet gay guy. It’s a pretty interesting story as narrated by well-meaning friends who got to watch it. I just hope there’s a replay pretty soon.

27 thoughts on “Derek and Coco together”