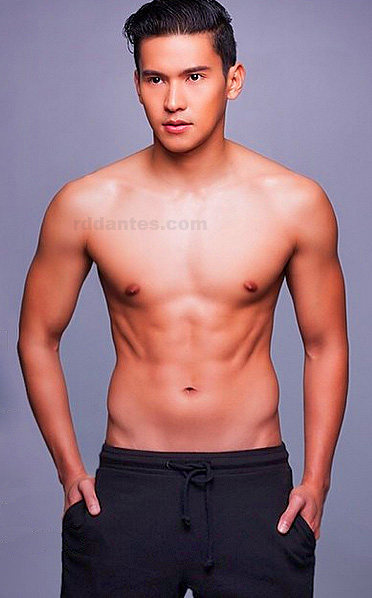 Who doesn’t love Enchong Dee? He’s such a sweetheart, if you ask me. He’s so charming and cute. When he takes his shirt off and drops his pants, he goes into sexy mode.  If you want your boys twinky and young and soft and often epicene, then Enchong fits the [libido] bill.

He’s not really a stud yet. Not actually a boy now. Maybe Elmo Magalona is a boy-man and stud-in-the-offing. He’s shedding his clothes for that extra oomph to his still fledgling career in showbiz. Hot or not?

It’s tall, dark and uh, sexy Vin Abrenica! Well, he has his desirable traits, like a yummy bod and crazy abs. As Farmer Hogget would say, “That’ll do!” Will he strip down to his undies pretty soon? Or did big brother Aljur offer him some advice on being prim and proper?