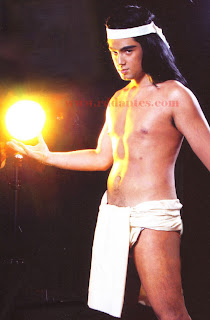 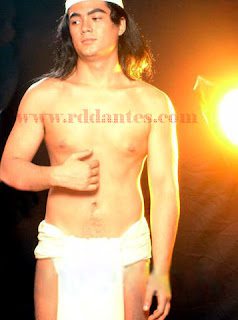 When 22-year-old cutesy actor Geoff Eigenmann lost a lot of weight, he went about town proudly showing off his new body.  Although it still does not have the perfect cuts and curves, Geoff now has a leaner and tighter bod.  As one of the actors in ABS-CBN’s primetime series Lobo, he immediately donned swimming trunks and jockeys for the key scenes.  He says he lost weight the natural way – through boxing, that is. Geoff is also an endorser of Hanford underwear, replacing Dingdong Dantes. 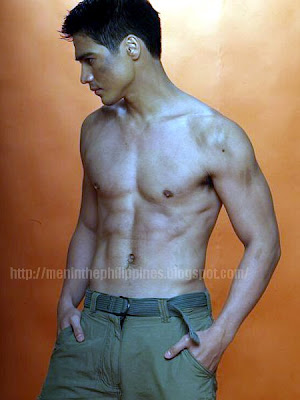 Beleaguered leading man Piolo Pascual will finally have his own fantasy series in his home studio. Entitled “Lobo” [Wolf], Piolo will star opposite Angel Locsin in what is touted as the most ambitious project to date of ABS-CBN. The series, reminiscent of a Blood and Chocolate plot, will have Angel Locsin as a white Siberian Husky that turns into a human in flowing white robe, with Piolo as, I think, a soldier. The trailer of the series got me going, and along with the others, I’m eagerly thrilled to watch the pilot on January 28.