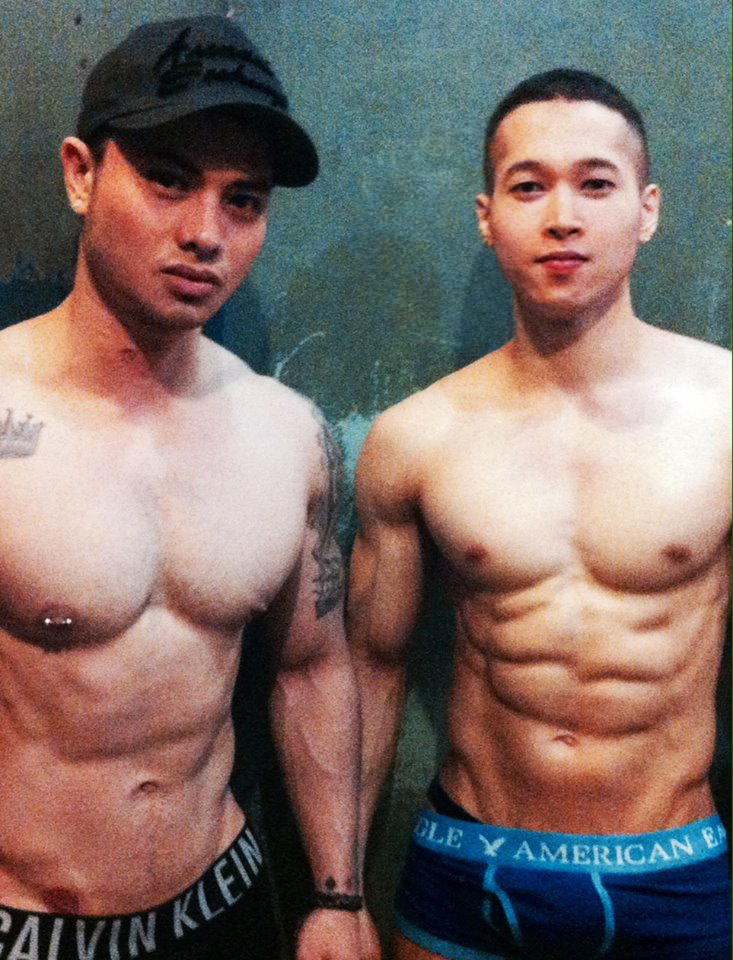 Into our mundane life, some sleaze must fall. Today’s menu consists of two boys from the other side of the sexy tracks. Doesn’t matter, actually. They have flat stomachs! The one on the left is Xavier Manahan, who had his fair share of posts in this site with Lips Bar labels. Heck, he even wore one of those flimsy pieces of underwear! The one on the right is upstart one-named Harry who is equally sexy, but a wee bit younger. Who’s your choice?