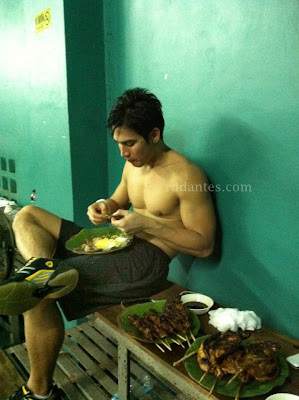 This went through the mail from reader D.S. with Piolo Pascual captured in one of his candid moments. Shirtless while eating, natch! Which makes me want to ask – what is Piolo’s favorite food? Marky‘s chicken, of course – Mang Inasal! 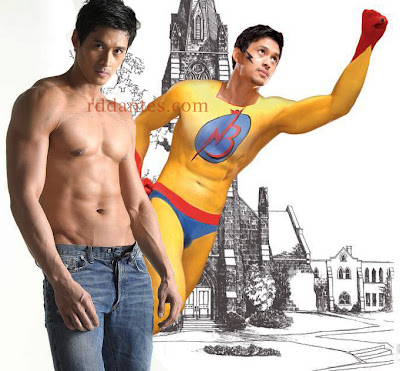 Isn’t he hawt? Edward Mendez is a gorgeous 6’1″-tall actor and fitness-wellness consultant for Sexy Solutions [the one who defattened Raymond Gutierrez]. The 26-year-old looker has a degree in Sports Science and Medicine from the University of Maryland, College Park. 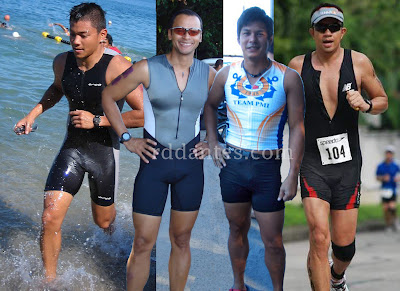 Who else in showbiz is into triathlon these days? Well, there’s cute, tiny and perky tv host and presenter Drew Arellano [leftmost], who’s been doing it for years already. Morning show host Paolo Abrera [second from left], who once tried showbiz wearing only Speedos ages ago, is also in the sport. Actor Raymart Santiago [second from right], prior to domestic woes, has been doing the swim-bike-run thing for quite some time. And then there’s news anchor Ivan Mayrina [rightmost], influenced by Drew, who tried the sport just recently. 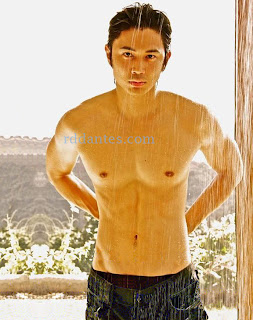 I want 24-year-old Cebuano Jan Slater Young to win this year’s Big Brother. Well, he’s the cutest among the current finalists, and hunky Carlo, handsome Mark, pretty Jerico and sexy Ryan have all been evicted from the big house. So let’s root for the eye candy. 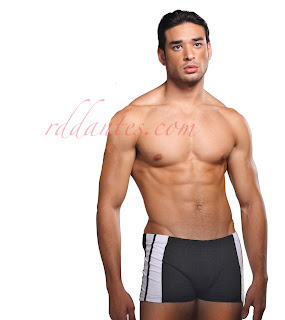 Closely watched to romp away with the top prize in this year’s Century Tuna Superbods contest is 24-year-old John Spainhour. The 6′-tall hunk is a Filipino-American [from Jefferson, North Carolina],  formerly a Marine Scout Sniper, before coming over to do modeling in the country.

You asked for Matteo Guidicelli‘s tri pics, here they are! He looks extra hot in those wet racesuits! The 23-year-old former karter is now into triathlons also, taking after his Italian father who is into the swim-bike-run sport. Of course, he’s still a regular actor and singer at ABS-CBN. 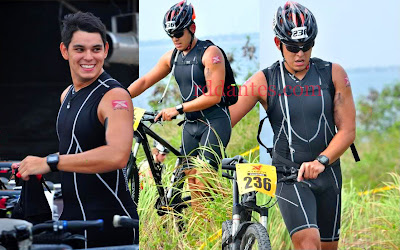 Now that he has time on his hands, actor-host Richard Gutierrez is currently into triathlons and other sports. Just recently, he was spotted in the swim-bike-run event in Liloan, Cebu, where he snugged into an ultra tri racesuit. I find him cute, if you ask me. 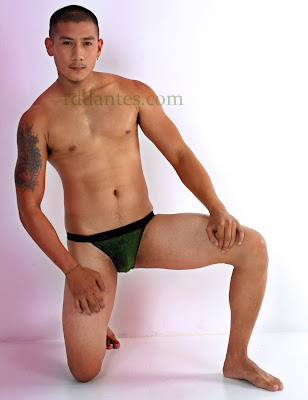 This is our hunk break from all the fly-in models featured lately. Today, we’re having Marcy Jhay Ong a.k.a. Ozu Ong of the Masculados Dos group! Ozu stands out in the sing-bump-and-grind group for his shaved head, fine bod and come-hither look. This 26-year-old native of Antipolo City was last seen in the GMA prime time show, Munting Heredera. 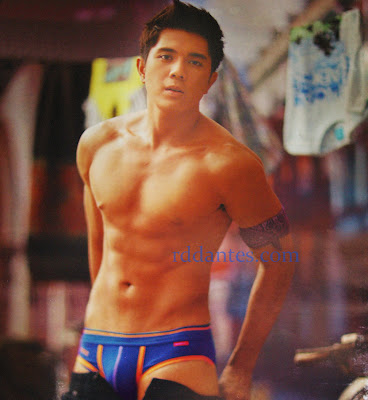 ABS-CBN’s prized actor Paulo Avelino is basking in his newfound fame. His Nathan character – a complicated whackjob – in the hit prime time series, Walang Hanggan [loosely trans. No End] is making people take notice. Of course, his boy-in-briefs schtick, as seen in this newly-released image for Bench Body, is still a big part of the summer buzz in showbiz. 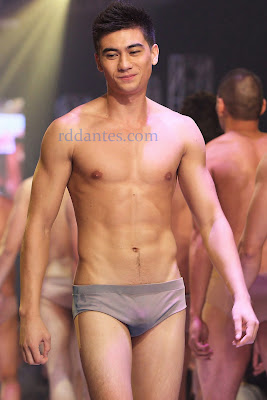 Visit centurytuna.ph/superbods to vote for 23-year-old Charlie Sutcliffe from Bristol, England. This Filipino-English hunk was one of the more conspicuous boys in the Cosmo Bachelors Bash and the Bench Uncut show. He’s now based here in Manila as a commercial and ramp model and a player for the Pasargad FC of United Football League.