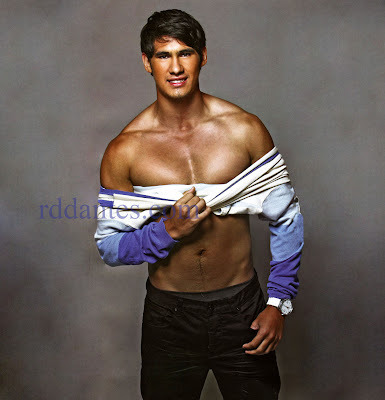 One-third and the youngest in the football triumvirate of the Hartmann Brothers, Mark Hartmann is currently making waves for the Loyola Meralco Sparks Football Club in the United Football League competition. Mark is now based in Manila, after moving from England to join his older brothers here. He is also part of the under-23 football team that will see action in the Southeast Asian Games in November. 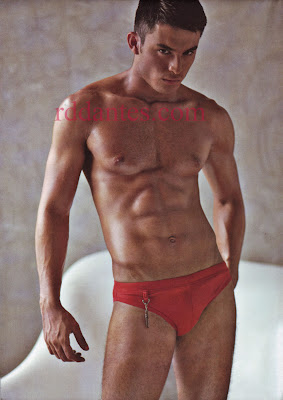 Did we just lose Prince Stefan from the mad, harsh world of showbusiness? The young actor seems to have hastily dropped his career here as he flew most recently to L.A. to follow his heart. Although he might be back in December, there’s no saying he’ll continue under the klieg lights. Showbiz needs interesting actors like him, and he will be sorely missed.

Fresh from its Cinemalaya run, the indie movie Ligo na U, Lapit na Me [Star-Crossed Love] is now showing in commercial theaters nationwide. Intoy [played by Cinemalaya 2011 Best Actor Edgar Allan Guzman] is secretly in love with his best friend Jenny, the most beautiful girl in campus. Jenny is rich and quirky; Intoy is street-smart and ordinary. But this friendship is not simple, since Jenny has bestowed on Intoy some privileges, including going to bed with her on the condition that they will not fall in love with each other. Based on the bestselling novel of Eros S. Atalia, Ligo na U, Lapit na Me is an examination of postmodern love and relationship and the way this generation deals with their love and fear. 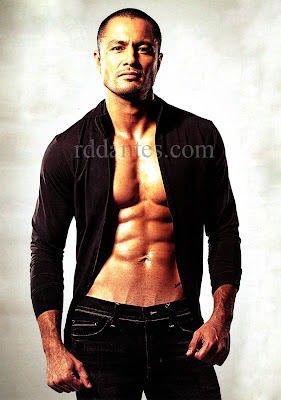 There’s a new movie showing in town and it’s called No Other Woman. Hunky Derek Ramsay‘s the male lead and the movie’s selling point for girls and girls alike is that the sexy guy’s doing a butt exposure scene. It could be one of the blink-and-you’ll-miss-it episodes or a body double’s butt. And then again it could be Derek himself. Curiouser and curiouser….

Nothing much. Except that they all look like brothers here. On the occasion of a great typhoon, here are boys wearing hoodies [well, almost] and rain gear, ready for the floods. Of course, you know Piolo Pascual, and the go-getter boy Rocco Nacino. And then there’s the nekkid one, the one who forgot his underpants and went on wearing, gasp, see-through rain coat – Rolly Egar, one-time model in the now-defunct gay rag Valentino. 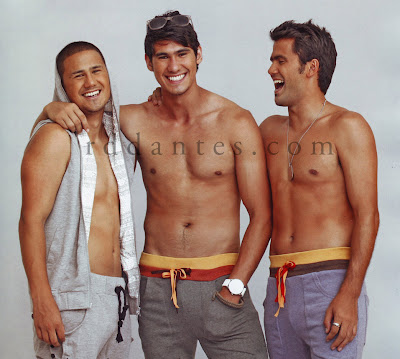 Ah, hunky brothers, athletes all! These are the Hartmanns, Filipino-British boys in the Loyola Meralco Sparks Football Club in the 2011-2012 LBC United Football League season. Original Azkals member Darren [rightmost] is the eldest at 25, followed by 21-year-old Matthew [leftmost], and 19-year-old Mark [middle]. The brothers are now based here, although they were born and raised on a farm in Southampton, England. 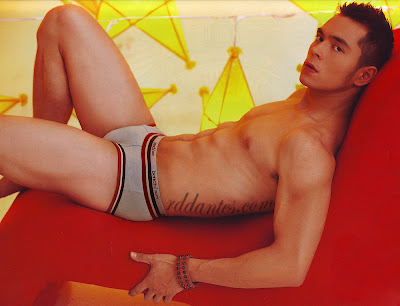 This is Jake Cuenca‘s Christmas campaign for Bench Body. Not wanting to be upstaged [and outdone] by upstarts, Jakey claimed his own ad spot for the underwear company’s campaigns for the holidays. Happy Monday everyone! 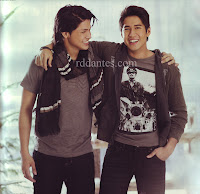 Part of the Christmas campaign of local clothing line Bench is the appearance of the Abrenica brothers, the popular guy Aljur and the lesser-known Avin. While we may never see the light of day when kuya Aljur finally goes all out sexy in Bench Body underwear, perhaps younger bro Avin might just don them size-under briefs. Promising, isn’t he?

After the relative success of the movie My Neighbor’s Wife with lead actors Dennis Trillo [left] and Jake Cuenca, the producers were just too happy to make a follow up movie. This time, because of the on-screen chemistry of the male leads, the movie retains the two hunks somewhere along the working title My Neighbor’s Wife Is Away [So I’m Doing It With Him. In Their Bedroom]. Of course, we’ll just have to watch out for the hot, hot bedroom scenes between the two guys. 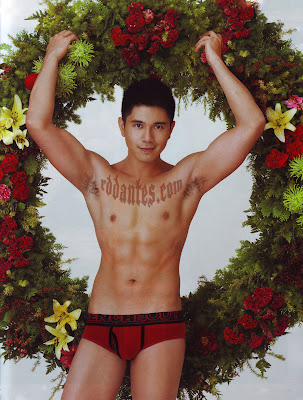 I know right? Three posts this week, six in the month of September. I can’t help it. Paulo Avelino‘s all around media these days. He topbilled the Cosmo magazine centerfolds list and bachelors bash just recently and then there’s a movie coming called Aswang. And now this! Christmasy Paulo in Bench Body briefs and creepy red flowers. Move over Rafa, Jon and Jakey, there’s a new Bench Body favorite!