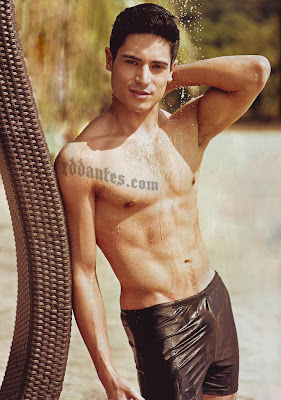 Hell yeah! It’s summer and one of the boys is wet and a bit hard [muscles! I mean muscles!]. This is Kevin Sisco, a 20-year-old singer-songwriter who is trying his luck in Manila for a showbiz career. This 5’8″-tall Filipino-Italian looker is a graduate of Master’s Commission USA [a discipleship program] and at the Frontline Music Institute in Dallas, Texas. 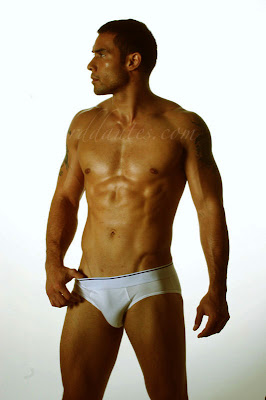 There’s another guy in the much-maligned fantasy series of GMA-7, Captain Barbell, who has a nice bod. It’s ex-Survivor castaway and Bench Body model Jon Hall! In this series, he’s not wearing his briefs outside shiny tights. I wonder, though, if he’s going sexy in the show. 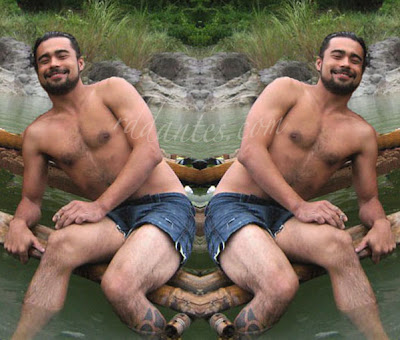 There’s something sexy about grown men in high rise, cut off denim shorts . Sort of like a throwback to the wild abandon of the 70s, when these shorts were worn during the summer. For example, Sid Lucero‘s wearing a pair in this photo sent in by reader randolfrane0987. He looks hot and ruggedly handsome, if you ask me. 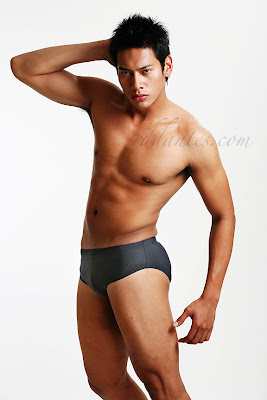 Well, I saw him recently on a flight and he’s looking swell, I mean, he’s mighty fine sans the swelling. Former baller and model Bruce Quebral has, indeed, totally abandoned showbiz and has landed a job at an airline company as a flight attendant. 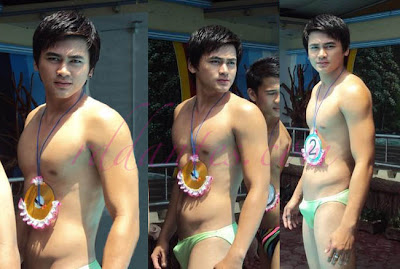 Whatever happened to the Ginoong Pilipinas winners? The bikini mill churned out dozens of cute boys from around the country in tiny gauzy underwear. But where are they now? Did they ever make it as models, actors and, uh, entertainers? Reader mcm451 sends in these images of 2008 Ginoo winner Cepter Maniclang and informs us that the guy’s still busy joining local pageants in his hometown in Pangasinan. Sweet! 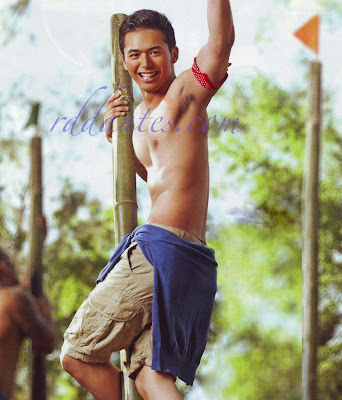 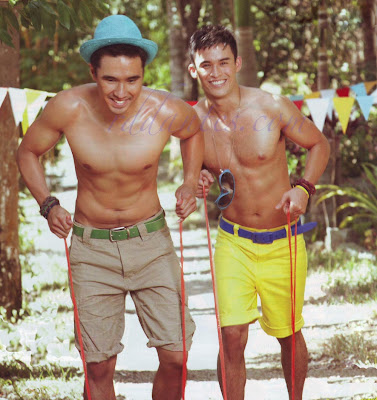 Who’s hot? Who’s not? Three shirtless boys at play and they’re sweaty and sticky under the summer sun. Photo on top is 20-year-old Enzo Pineda, a struggling bit player over at GMA-7. Below are Gino dela Pena [left] a 23-year-old tv host and commercial model who seems to have lost a lot of weight lately [see belly flabs] and of course, your favorite whipping boy Prince Stefan. 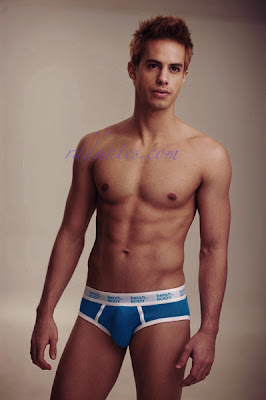 Enough about the bickering. It’s just a show! Heck, watch the rival prime time soap. Put on a DVD. Or get a life outside the house. In the meantime, here’s another Brazilian model in our midst. He’s hard and tough for Bench Body underwear and his name is Gui Adorno. This 6’1″-tall hunk is also an acoustic singer, who performs in shows around town. 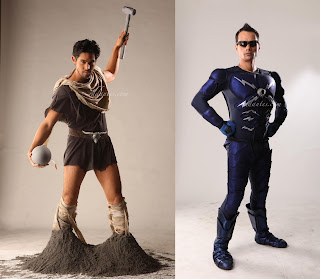 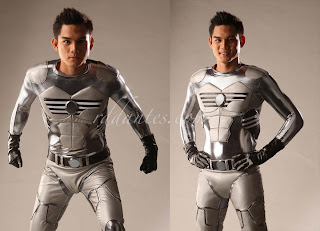 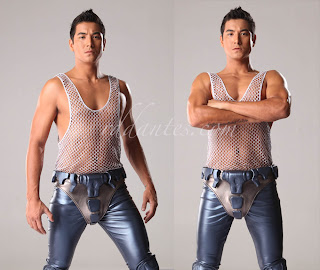 Akihiro Sato as Bruno the Hulkman

Richard Gutierrez as Captain Barbell
If you have a thing for cute boys in pleather, funny costumes and funnier names, then watch Captain Barbell tonight on GMA-7. Here’s the PR: Nearly five years after its original television debut, “Captain Barbell” takes flight once more as GMA Network launches the exciting new sequel to the action-adventure series tonight, 28 March 2011. The sequel promises to be more exciting, and the visual effects more amazing, as the greatest Pinoy superhero returns with a new league of extraordinary beings with astounding powers. 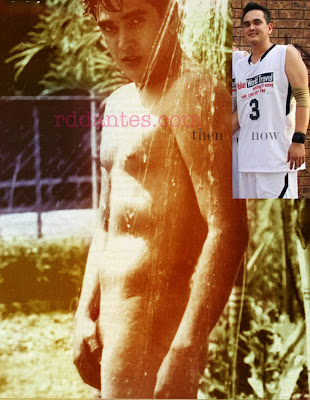 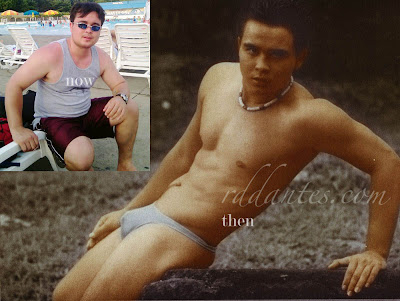 For our regulation daily bikini post, here are three boys in the latest reincarnation of the US Woodland camouflage pattern in their ‘kinis. AJ Ona [leftmost], Suzuki Aragon [middle] and Anthony Logan [who is making a comeback post-Provoq] recently took to the ramp to model printed underwear and whatnots.